Martin and Shaw are active in the Los Angeles area. Stay Tuned...see below

Martin and Shaw (the dynamic improv duo who dazzled audiences on the east coast for years) are in residing in LA. Please stay tuned for our new material coming soon!!!


Posted by Natasha Lee Martin at 8:15 PM No comments:

Posted by Natasha Lee Martin at 9:11 PM No comments:

Cooper Shaw and I will be performing with TV personality David "Gruber" Allen and Tony Maglione in Shenanigans: An Evening of Comedy in Music

Dave ‘Gruber’ Allen grew up in Naperville, Illinois, and is a graduate of Augustana College in Rock Island. He may be best known for his work on the 1990 TV series Higgins Boys and Gruber and playing guidance counselor Jeff Rosso on the Judd Apatow-produced comedy-drama Freaks and Geeks. He also plays Mr. Kwest on Ned's Declassified School Survival Guide and a town troubadour on Gilmore Girls. Allen also plays the "Naked Trucker" - a character that first appeared as part of a sketch comedy show Two-Headed Dog. In 1998, at the invitation of Largo owner Mark Flannigan, Dave began to appear as the Naked Trucker as a solo act, opening at Largo in L.A. for Tenacious D, Jon Brion, and others. The act was an instant success and soon expanded to include David Koechner, who plays "T-Bones." Koechner and Allen starred in The Naked Trucker and T-Bones Show on Comedy Central, which was picked up for 8 episodes.

As of November 2009, Allen continues to tour with Cinematic Titanic as the MC of the pre-show warm up act. In 2010, Allen was featured as a sci-fi author in season two of Party Down and made a cameo in the film The Mother of Invention as Dr. Henry Miller. In 2011, Allen had a role in the movie Bad Teacher.
Posted by Natasha Lee Martin at 8:32 AM No comments:

Martin & Shaw are thrilled to announce that we are teaching a workshop then performing as guest artists at William Jewell College! If you are in the mid-west area please feel free to come by!

For location and info:
https://www.facebook.com/JewellTheatreCo

Posted by Natasha Lee Martin at 10:41 AM No comments:

Martin & Shaw are delighted to be part of the show
Couples' Retreat on Fri. 9/16, 8pm at the PIT Underground
The Peoples' Improv Theater (PIT) Underground
123 E. 24th Street bet. Park & Lexington Ave.
Tickets are $5.
Ruby & Binu host and will play at the end!

For more info about the venue go to:
http://thepit-nyc.com/

Hope to see you there!

M&S
Posted by Natasha Lee Martin at 8:46 PM No comments:

Thank you so much to everyone for coming out to our show at Theatre 54 on March 26th! Special thanks to Dreagn Foltz for his amazing songs and for lending his guitar talents to the musical theatre portion of our show. The whole evening was so ROCKIN'! Huge thanks to Artistic New Directions for inviting us to be a part of their Eclectic Shorts Festival! Such an amazing grouping of talent all under one roof, on one stage. 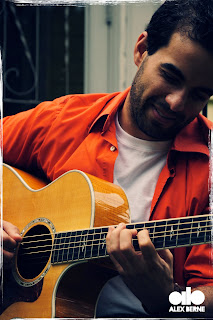 For tix please go to
http://www.cityshow.biz/index.html

For directions to the venue please go to
http://www.producersclub.com/


SEE YOU ALL THERE!!
Posted by Natasha Lee Martin at 4:30 PM No comments:

﻿
We are thrilled to announce performing in the Eclectic Shorts Festival!

For tickets and info please go to:
http://artisticnewdirections.org/
Our show is listed under late night comedy. 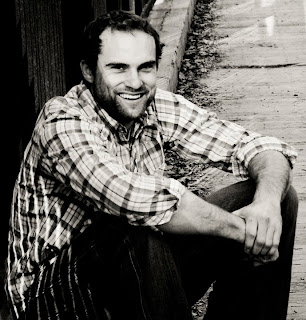 http://www.dreagn.com/
Posted by Natasha Lee Martin at 10:12 AM No comments: 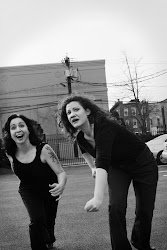